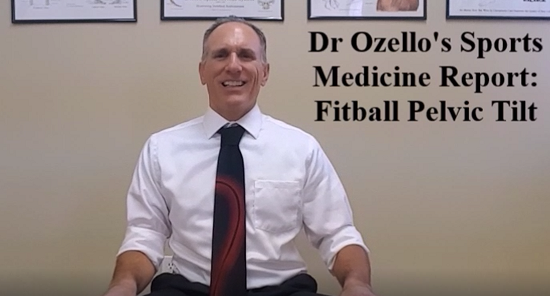 The large exercise ball, known as the fitball, has many valuable uses. In this article, I will use the name fitball to eliminate confusion. One of the most beneficial effects of the fitball is for spine health, especially the intervertebral disc.

The intervertebral disc (IVD) is located in between vertebrae. The disc works by distributing shock throughout the vertebral body. It has a gel-like filled nucleus and a tough fibrous outer lining.

Most serious back injuries involve the intervertebral disc. The disc may bulge or herniate leading to impingement upon the spinal cord or a spinal nerve root. A pinched nerve can elicit symptoms such as sharp pain, weakness, numbness or burning along the course of the nerve.

Athletes and non-athletes have suffered injuries to their intervertebral discs. Some of the more serious disc conditions have been career threatening or career ending.

Direct blood flow to the intervertebral disc ceases around the age of six. After this the disc receives its nourishment through osmosis from the vertebrae above it and below it. Motion is the best tool to keep the osmotic process working steadily and the disc healthy.

As we age the intervertebral disc slowly starts to dehydrate and shrink in height. Many senior’s spinal x-rays display reduced disc space.

Slight bouncing exercises on the fitball are ideal for keeping the disc nourished. These slight bouncing motions strengthen the core muscles and bring fluid into the disc. The fitball is an essential tool for spinal health and motion.

It is imperative that you choose the ball that is appropriate for your height. The general guidelines for the sizing are:

Persons above the height of 6’8” generally need the 85 cm fitball.

You may require a slightly bigger ball for your height if you have a pre-existing spine condition or have very long legs.

To bring fluid into the intervertebral disc sit in good posture just forward of the highest spot of the ball. Pull your shoulders back, retract your inner lower borders of your shoulder blades toward each other, don’t let your head jut forward and hold a pelvic tilt. The pelvic tilt is a position of contracting the abdominal muscles so the front of the pelvis is pulled toward the belly button and the tailbone is tucked underneath you. This is the starting point for all seated fitball exercises.

Execute these simple but effective fitball motion exercises to keep your intervertebral disc healthy and strong for your lifetime. Begin at an appropriate level for you. Many individuals have started by simply sitting on the fitball in proper posture while holding a pelvic tilt to build strength and endurance in the core muscles. This is a great place to start. Advance to the directional hip shift at a pace that is comfortable for you.

Spinal health is essential to our overall health, fitness and functionality. Do yourself a huge favor and include these simple but effective fitball exercises in your lifelong exercise strategies. 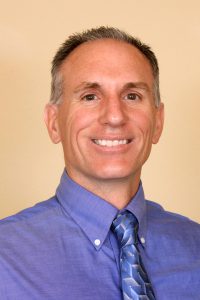 Dr. Donald A. Ozello, DC is the owner and treating doctor at Championship Chiropractic in Las Vegas, Nevada. His mission is to educate and inspire others to live healthier, fitter, more functional lives. The primary objective of Dr. Donald A Ozello’s treatment is to maximize the body’s natural healing capabilities by re-establishing proper skeletal motion, optimizing nerve flow and helping the patient develop nutritional, supplementation and exercise strategies tailored to their individual needs and goals. 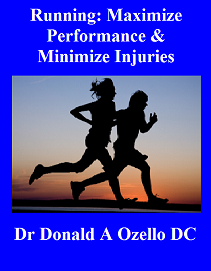 Running: Maximize Performance & Minimize Injuries is a comprehensive guide to the prevention and management of running related injuries. Dr. Donald A. Ozello DC of Championship Chiropractic in Las Vegas, Nevada provides easy to implement guidelines for beginners and experienced runners.

View Dr Donald A Ozello’s videos on the following pages